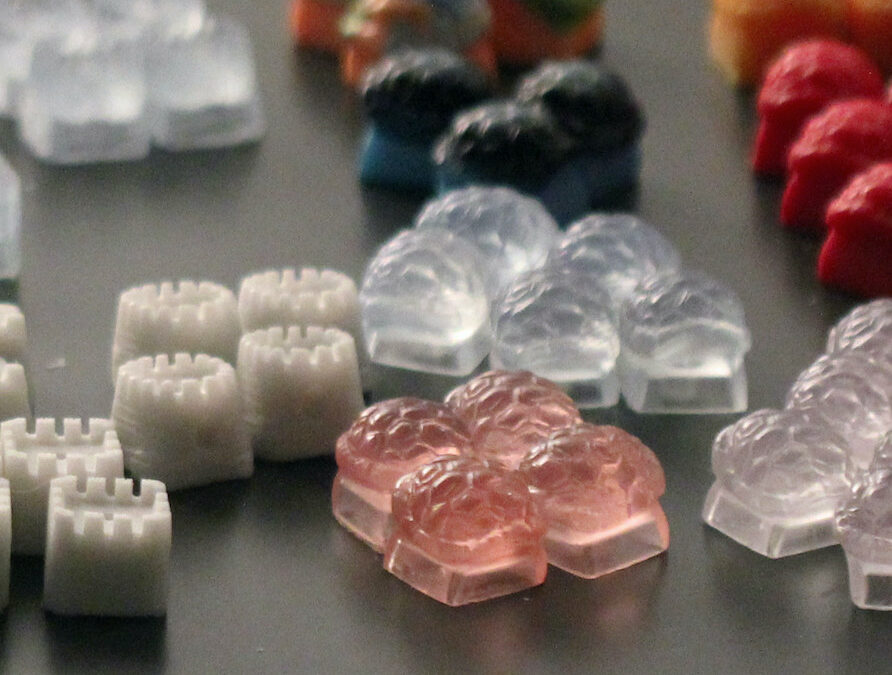 Eat_the_food was a fan of artisans before being a maker, and after a series of frustrating raffle losses (especially KeyKollectiv), decided to embark on his own journey into keycap making. Nightcaps’ started out by experimenting with Topre blanks and sculpts. The first released casting experiments, posted on the Nightcaps Making Stuff Together Geekhack thread, were the modular and multi-part Castle Keycaps, Half-Shells, and the Gelatinous Cube, inspired by KeyKollectiv’s encapsulations. Nightcaps would run a giveaway of the Castle and Half-Shell caps, followed by a debut sale in April 2016 of the legendary Fugu sculpt. Nightcaps quickly rose to fame, and together with his partner Kristen, would become on of the most productive and widely-collected makers in the scene.