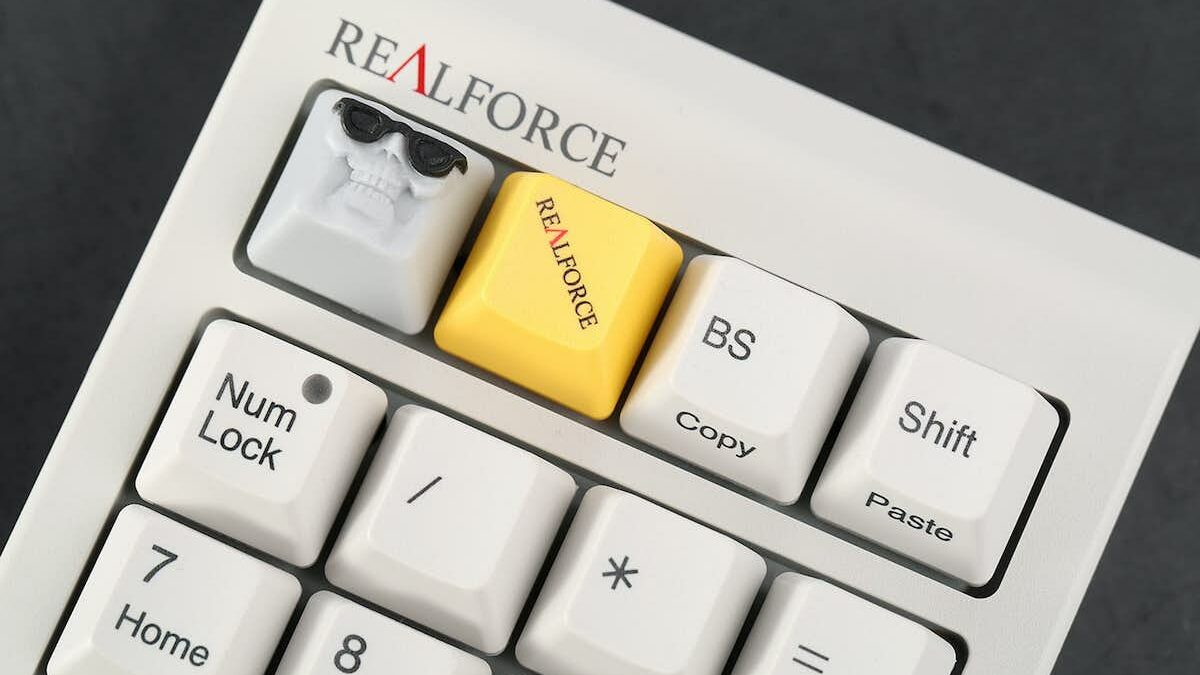 Binge collaborates with Massdrop on a Deal with it Jack (DWI) Topre Artisan for a Realforce Numpad drop. This event marked the first time a major artisan maker sold a cap through Massdrop, and was certainly a surprise at the time, since artisans were still fairly niche. Binge would do another DWI Jack sale on Massdrop in 2016, but then due to IP conflicts, ended his relationship with MD.

Here is an excerpt from Binge’s message on the first DWI sale on MD:

A few weeks ago I was approached by Massdrop with an opportunity to work on a special Topre key. Coincidentally I have received e-mails for the greater part of this past year requesting new Smiling Jacks and saw the opportunity to show how my techniques have improved in sculpting and casting. With this drop ‘Deal with it, Jack’ is born! He’s lost some skin, it decomposed… deal with it, Jack. He’s still grinning and happier than ever to be sporting some stylish shades.