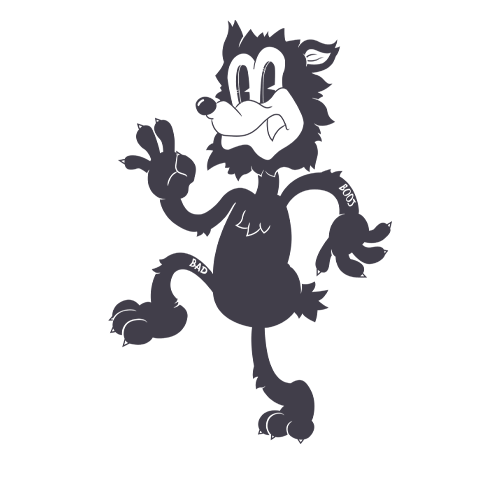 Rubrehose launched in 2021 as a new brand from the maker Badchad, who was inspired by rubber hose animation art. This 1920s art style, also known as inkblot cartoons, was monochromatic or grayscale, and featured characters with "rubbery" flowing arms and legs, pie or conjoined eyes, and four-fingered hands with white gloves. Chad adopted this style while sculpting the first Rubrehose releases, Big Bad Wolf (BBW) and Lucy, an unusual 1.5u artisan. Authentication cards with rubber hose style color art were added to complement the caps, and commissions feature clamshell blister packaging to round out the look. The first sale was raffle style with trivia question, and was passed around the community through word of mouth. Shortly after, Rubrehose released a sculpted blank called Lucette. These sculpts were an instant hit with the community, with plenty of demand that also spawned some fantastic commission colorways.